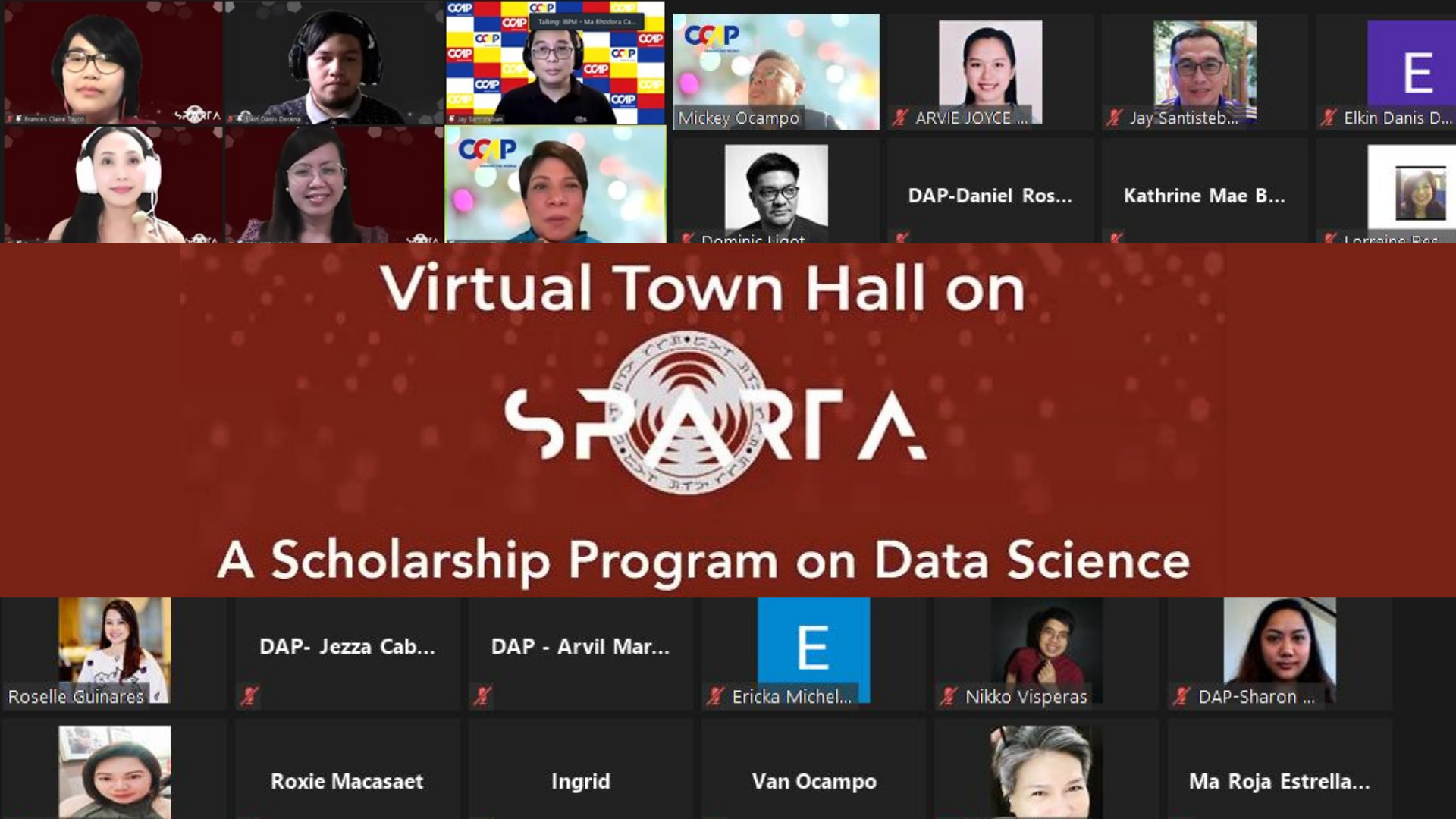 April 23, 2021- Project SPARTA and the Contact Center Association of the Philippines (CCAP) held the first SPARTA-CCAP online town hall yesterday, April 22, from 1:30 to 4:00 pm to update and re-orient scholars on the project, and recognize top-performing CCAP-member companies.

The event was held via Zoom and began with a prayer led by Ms. Ericka Tiquia, SPARTA Events Associate, that was followed by welcoming remarks given by Ms. Ayhee Campos, CCAP Board Trustee. Mr. Jay Santisteban, CCAP Operations Director, then gave an Introduction on Project SPARTA which was succeeded by a refresher on the Application Process discussed by Ms. Benny Rose Ubas of Coursebank, and a talk on Enrollment Data and Challenges by Ms. Rea Geraldino, SPARTA Project Manager.

The top-performing CCAP-member companies were then recognized after the aforementioned activities by Ms. Ayhee Campos and Ms. Tonichi Achurra-Parekh, CCAP Board Trustees. Among the said companies, Infinit-o garnered the top spot for having the highest number of scholars who have finished the most number of courses in the shortest amount of time. Special mentions were also given to other member companies: Sykes, HGS, Pearson, ANZ, Teleperformance, Dexcom, HCL, Intellicare, RealPage, and Sitel.

A short question and answer portion was also conducted, where participants were given the opportunity to ask questions and interact with the SPARTA project team. Valuable insights were gathered as the attendees forwarded their inquiries and concerns regarding SPARTA.

Dr. Alan S. Cajes, SPARTA Project Lead and Vice President of the Development Academy of the Philippines, delivered the closing remarks. Aside from recognizing and congratulating the learners and companies, he also invited everyone to the upcoming SPARTA Year Two Conference. The event was concluded by a call to action by Ms. Tonichi Achurra-Parekh.