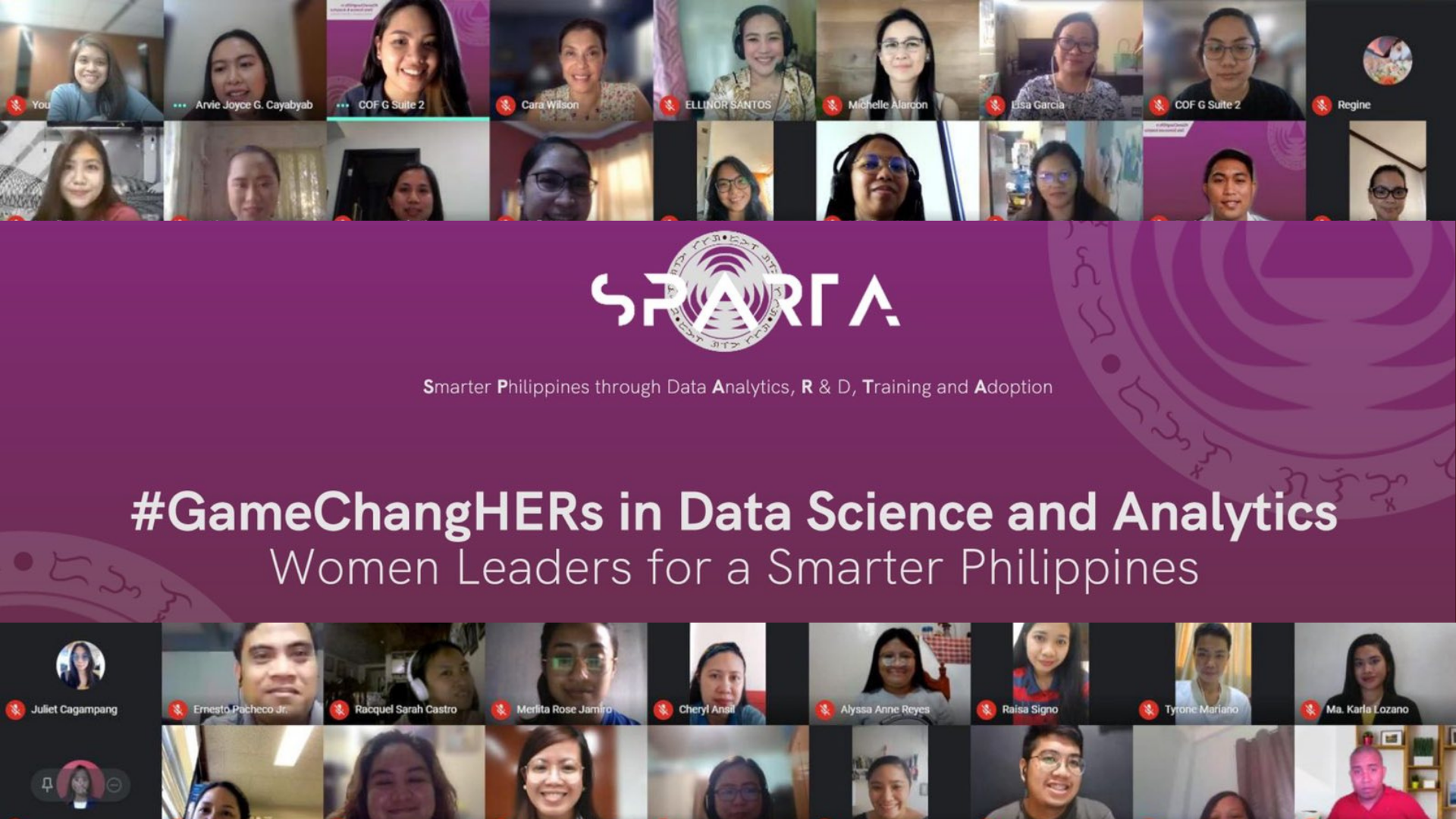 PASIG CITY, March 30 -- In celebration of Women’s Month, Project Smarter Philippines through Data Analytics Research and Development, Training and Adoption (SPARTA) held an online mini-conference last March 23 to highlight the current state of women in technology, particularly in the fields of Data Science and Analytics.

Entitled “#GamechangHERs in Data Science and Analytics: Women Leaders for a Smarter Philippines,” the event featured three women trailblazers who shared their experiences and provided insights on the said topics.

In his welcome remarks, Development Academy of the Philippines (DAP) President and CEO Atty. Engelbert Caronan Jr., through DAP Vice-President and SPARTA Project Lead Dr. Alan S. Cajes, mentioned the increasing participation of women in society. He noted that women are no longer limited as “ilaw ng mga tahanan” but are taking vital roles in helping the development of the nation by being “mga ilaw na gumagabay tungo sa kaunlaran ng ating mahal na bayan.”

President Caronan also acknowledged the female members of the SPARTA project team and female SPARTAns, who he believes are key drivers in achieving a Smarter Philippines along with the cooperation of every Filipino.

The welcoming remarks were followed by the speeches of Ms. Liza Garcia, Ms. Cara Wilson, and Ms. Michelle Alacon, who were introduced by Ms. Ellinor Santos. Ms. Garcia talked about gender makeup in STEM by citing studies and mentioning relevant solutions and opportunities to address the challenges in these sectors.

Ms. Cara Wilson discussed the work that she and her team at the For the Women (FTW) Foundation undertake in order to provide opportunities for deserving Filipinas who want to upskill themselves in data science. Meanwhile, Ms. Michelle Alarcon spoke on women leadership along with the topic of smarter organizations backed by data science and analytics.

The talks were followed by a panel discussion that was moderated by Ms. Santos. The segment provided the participants an opportunity to interact with the speakers through their questions. Ms. Rea L. Geraldino, SPARTA Project Manager, formally ended the event through her closing remarks. She echoed President Caronan’s statement on women as the light guiding the path towards our country’s prosperity and emphasized their roles as game changers who help ignite the way to better transformation. She also encouraged everyone to contribute towards a society that empowers each of its members.

The mini-conference was held via Google Meet and live-streamed via Project SPARTA’s Facebook page. More than 2000 individuals watched the event, with SPARTA learners accounting for the majority of the audience.