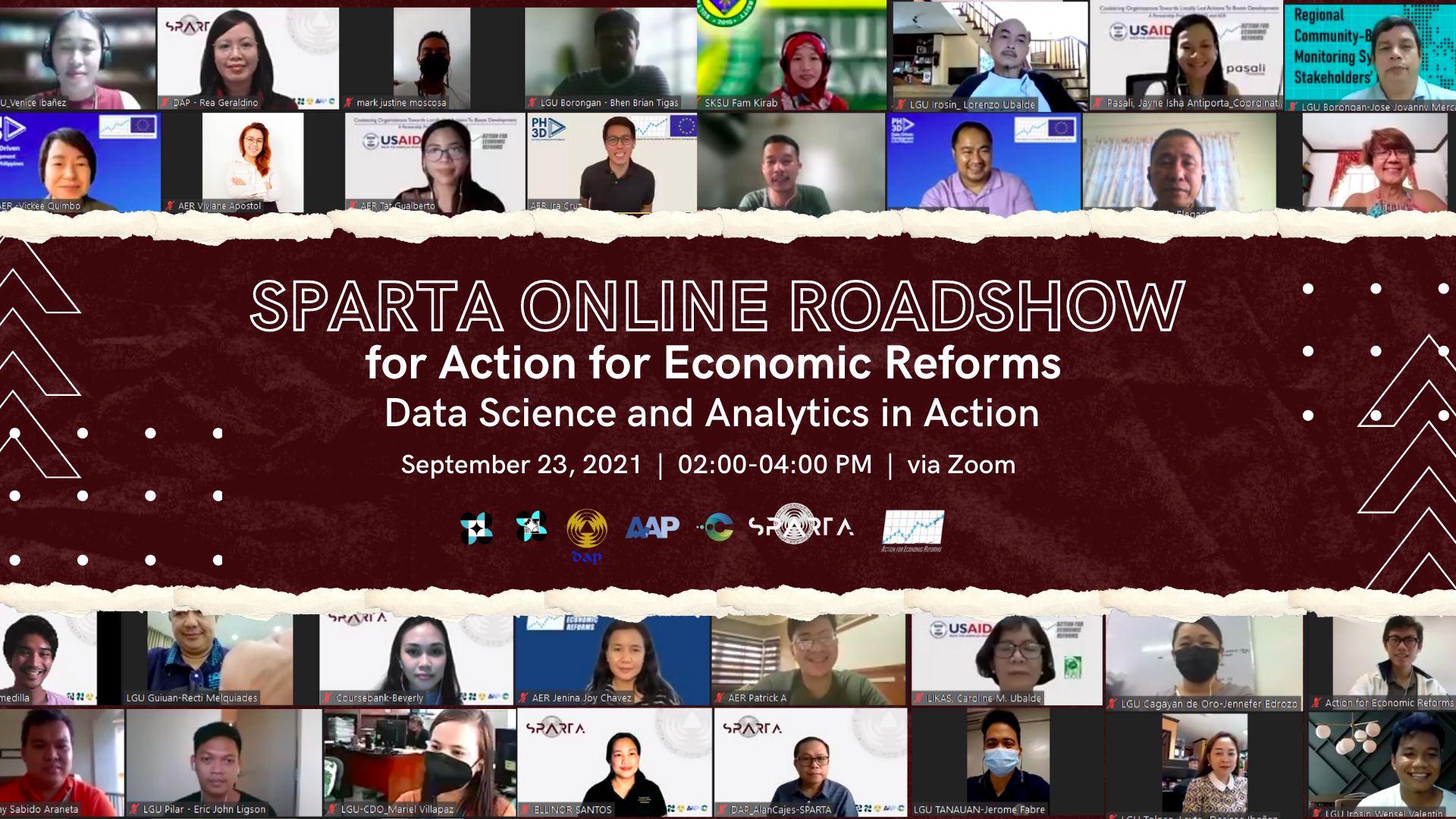 Pasig City, September 28, 2021- As part of its efforts to upskill and reskill the country’s workforce in data science and analytics (DSA), Project Smarter Philippines through Data Analytics, R&D, Training, and Adoption (SPARTA) co-organized an online roadshow with the Action for Economic Reforms (AER) on September 23, 2021, via Zoom.

The event was conducted for AER’s partner institutions composed of Local Government Units (LGUs), Civil Society Organizations (CSOs), and Academic Institutions. It aimed to provide them with a well-rounded understanding of SPARTA and identify the role and significance of DSA.

AER President Jessica Cantos-Reyes gave the event’s opening remarks. She talked about the importance of using well-grounded data in policy making, especially during this pandemic.

“I am excited by the tremendous contribution our scholars would make in assisting their very own organizations, local governments, barangays, and communities in putting more clarity in the huge amount of information...that is needed and will be generated in the very near future,” she stated during her message.

A question and answer session came after the discussions. It gave the participants an opportunity to raise their inquiries and clarify their concerns about the project.

Before the session ended, AER-PH3D Chief of the Party, Ms. Victoria Quimbo, thanked the SPARTA project team and the participants in her final note and acknowledgements.

“SPARTA is a rare opportunity, one of those once-in-a-lifetime moments that can really impact our lives. Please take pride in being a government scholar and do your best in accomplishing your pathways and ultimately, applying what you have learned in terms of initiatives,” Dr. Cajes reminded the AER-SPARTA scholars.

AER is one of DAP’s 25 partners through Project SPARTA. It signed a Memorandum of Understanding (MOU) with the Academy on August 26, 2021, along with six other institutions. The project is also planning to conduct another roadshow on October 8 for the Bulacan State University (BulSU).